A game of bat and ball in which the bat is made to score centuries, and the ball is made to prevent those centuries from being scored. Both the bowler and the batsman are protagonists of the field, whereas the fielders represent the supporting actors who stand firm for the success of the bowler. As the match progresses the two parties cheering from the pavilion seem to have an upper hand alternatively as per the delivery of the bowler, or shot selection by the batsman.

The green grass is their stage where the actors perform to their heart’s content with the audience bursting in applause from all sides unlike a film shooting in the sets, or even in a real life location. The azure blue sky bestows its blessing and light during daytime, and the ever bright spotlights after the sun sets so that the little circular ground doesn’t lose its glamour characteristic of a dream dreamt by millions to touch one’s forehead on the sacred earth of the ground.

Cricket has evolved into a dream itself from the once privileged English aristocracy when the game was only a means of entertainment and pride for a few. The funny thing about this beautiful game is its unpredictability derived unambiguously from the match between India and New Zealand then between England and New Zealand, with England turning out to be the world champions.

When the world thought and believed in India to emerge as victors Virat Kohli, Rohit Sharma and KL Rahul suddenly transformed into utter disappointment; and when New Zealand had to defend nearly the same score that it had successfully against India the coin failed to turn in their favor thus, proving the unbelievable to be believable beyond all barriers and boundaries of doubt. England was successful in chasing such a small score against the mighty Aussies but failed to accomplish the same against New Zealand leading to a decisive super over.

Though unpredictability is not limited to Cricket alone, and can be found in other sports as well which also involves eleven players like Football and Hockey; the unusual thing about Cricket with all its complexities are two players fighting against eleven. These two players make all the difference by either getting out or scoring a century. One among the most unfair games in the world- two against eleven yet unquestioned and full of suspense. 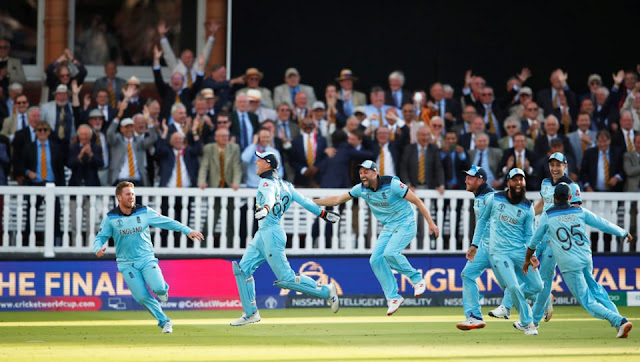